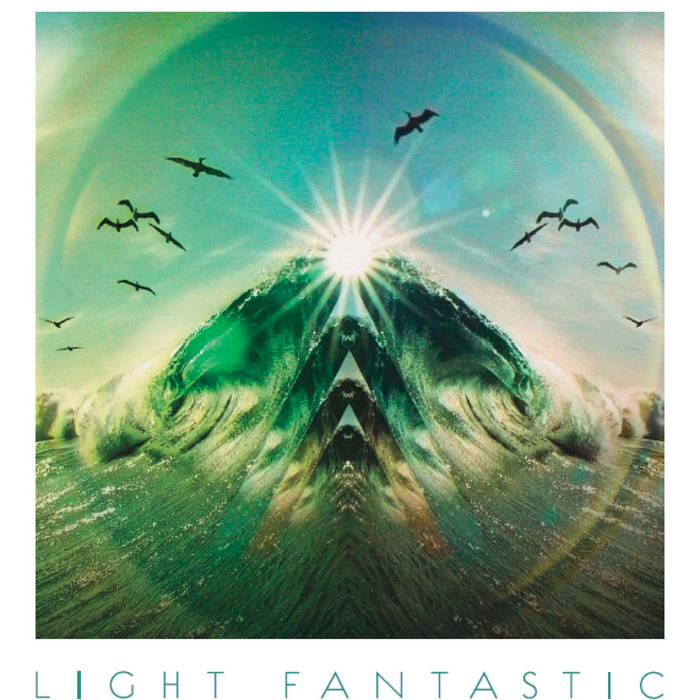 When we first met the man behind Light Fantastic, Terry Sowers was singing harmonies and playing guitar in the Farmer Dave Scher band. His first real introduction to the stage was a diving-head-first experience, playing alongside one of his musical heroes as support for acts like Jenny and Johnny and Conor Oberst.

What we didn't know was Terry was also sitting on a treasure chest of his own songs and sound he'd been carving out for years, mostly alone, in his Victorian apartment. With an unusually unadulterated view of Downtown San Francisco and the grey steel of the Bay Bridge (that other bridge) that extends back to Treasure Island before heading to Oakland, he had been writing the story of his life with no plans to share it with the world. Later teaming up with his friend Jeremy Bringetto (Vue, Bellavista, Tamaryn), they began to develop these bedroom pop songs into a modern take on a California sound that's every bit Southern California as an expression of the Bay Area--a dreamy, surfy shoe gaze that seems to tell the story of an age of innocence through the idyllic lens of reflection and personal nostalgia, like the pure happy memories of a long lost love. It was no surprise that the songs’ author originally hailed from the hot suburbs of Los Angeles, whose compositions string together a sense of sincere personal displacement and longing for home.

When they brought their song ideas to another friend, Rex Shelverton, who was in the midst of producing Tamaryn's latest album, a strange but harmonious union was born of light and dark. Rex's homegrown version of a Phil Spector Wall of Sound was the perfect compliment to the Light Fantastic songs that evoked a type of Laurel Canyon, Carol Kaye, mid-60s Brian Wilson California optimism. You could also call this modern dream pop that sits with contemporary indie bands of today, but the underlying songwriting aims for something deep, dusty, and classic, as if to say that the traditional song and all of the things it represents in modern society are still not dead. When Spiritual Pajamas heard the results, we knew these needed to be shared with the world.

If you are lucky enough to know someone with a swimming pool in Marin, or a cottage in Big Sur, or you plan to play hooky and spend the day at the beach, this EP would be the perfect soundtrack for your afternoon party. Upon further listening however you might also find it well suited for the evening alone and the hazy hangover the next day. Sunny, hopeful, and dreamy, even in its darkest moments the aim is to uplift and be good company. Though only 4 songs, their debut EP dives deep to tell the story of a protagonist's journey through the seasons of life. As the complex opening keys of “Falling Through” fade into the first track, it's as if we are anticipating the sun to break through a thin layer of fog. And it does, just as the rest of the band triumphantly kicks in along with the lyrics "and when we're finally feeling good, 'cause we can it doesn't mean that we should", we hear influences of the pained and lovelorn tunes of Chris Bell and Alex Chilton via Jan and Dean, a power pop delight as seen through the eyes of surf-crazed coastal dwellers.

If "Falling Through" is a tale of falling through a cold and lonely universe, we are helped along with hopeful hooks and the encouragement of our angels who croon in harmony. As the ice melts and the sun finally breaks through, we are taken to the next track, "Make It Up", a soulful tale of redemption that reaches out and invites us "I know what we can do after all that we've been through...Climb the stairs again, see the sun again".

We flip the record over and get to “These Quarters”. At this point the band’s pace seems to arrive at its destination where the music in and of itself becomes the salvation for which they are searching. We are rhetorically asked “Is it a curse living a life going in reverse?” The band confidently feels its way by vibrations alone toward the playfulness of childhood, shedding their skin and becoming a unified musical spirit, channelling elements as disparate as the spooky keys of Seventeen Seconds-era Cure to the barren folk pop of Bread. The album finally closes with the sleepy, slow burn soul ballad of Skip Spence's "All Come to Meet Her", a song from Spence's infamous solo album Oar, recorded as he was recovering from a recent mental meltdown. It's an exploration of a song that was way ahead of its time, placed in a new context that poses the question “What if Skip recorded this in the era of the Paisley Underground or after having heard the Stone Roses?” It’s a fitting way to end with a beginning, to say “so long” until Light Fantastic’s next effort, which we anxiously await.

Bandcamp Daily  your guide to the world of Bandcamp